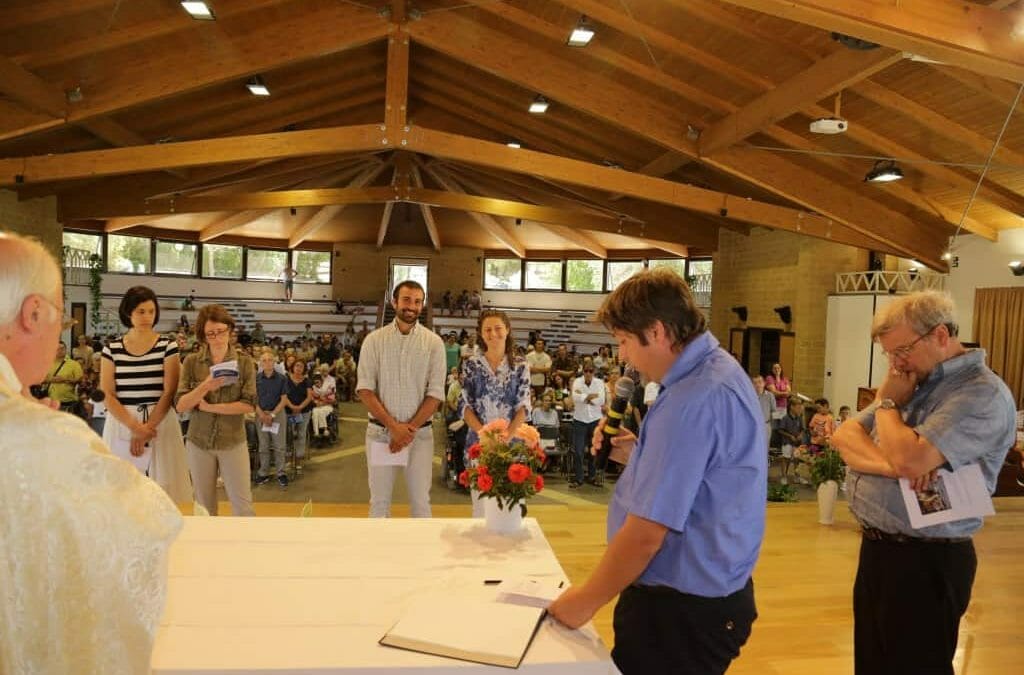 On February 14, 1948, after 10 days of the Constituent Assembly, the Nomadelfi signed the Constitution of Nomadelfia on the altar. Minors were also signed. Together they became the founders of the City of Nomadelfia, a name coined for the occasion, with the desire that fraternity is the law of life. this is how the former concentration camp of Fossoli, from place of death became the place of life. A few days later, on March 8, more than one hundred children and young people from the Rome orphanage are welcomed in Nomadelfia.

The Constitution begins like this: In the name of Christ the Savior, the "Little Apostles" gather in the evangelical unum and found the city of Nomadelfia.

Here are some words that Don Zeno expressed on the occasion.

The world looks at us. Whoever has never called Mama come here and call her; from here we run to look for who is without Mama, shouting, because every woman who has a womb, a breast, a female soul must feel motherhood.

By giving children maternity and paternity we give brotherhood to the world, "the Unum" because no one will be excluded from this love. This is a sentence given to the world and its selfish social system: we are brothers, we live in the justice of brothers. It is something that no human mind can express; but there is only one way to say and preach this law: to implement it at all prices and at all costs.