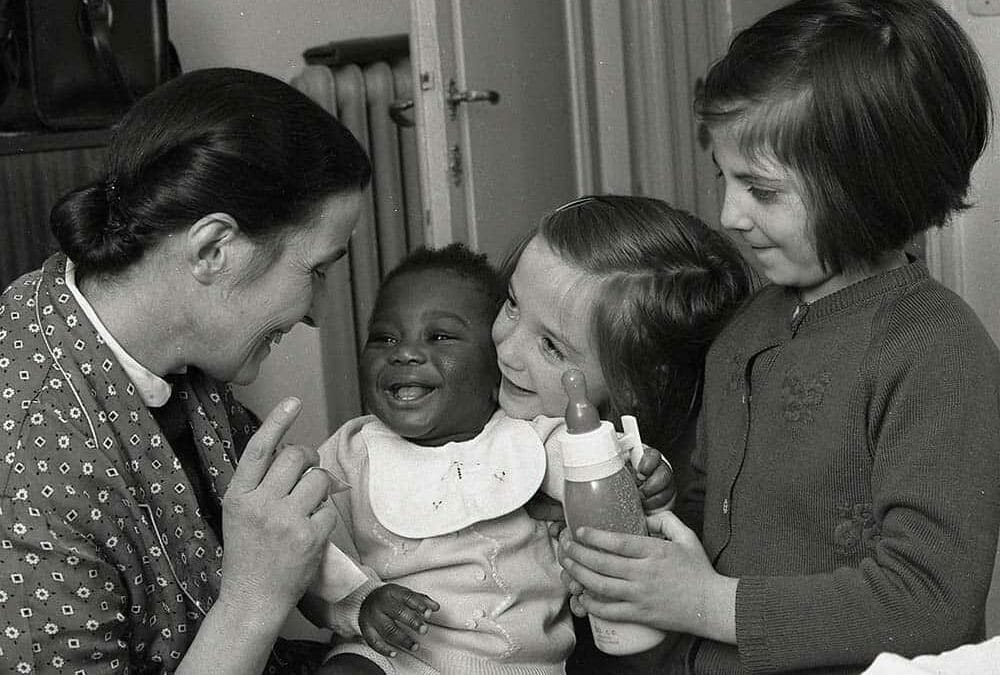 We like to celebrate the figure and dignity of the woman by recalling another March 8 in our history, that of 1948, when 113 children of the Rome orphanage finally found the joyful and total love of a mother in the women of Nomadelfia.
"... The memory of those little faces of sad children met at the brothel remains indelible. Children devoid of vitality because they had not received the right warmth, that nourishing love and those cares that are the basis of the life and brightness of their being. In the large halls, the arms of the children calling for help protruded, as we passed, from those small white cradles lined up. Never had they received a kiss, a caress and those cares that only mothers can give.
In those years there were many abandoned children waiting to find a family to welcome them. All those we saw in those cradles were the youngest ones, not intended for us. Ours, the ones we took away, were older, some large even. The so-called "scartini" remained unselected. We did not choose or discard any: all were our treasures for us. We took them.
Certainly it was the children who had suffered the most, the most sensitive, the most fragile in body and psyche precisely because of the lack of that love. To the director of the Institute who with relief had exclaimed: "Don Zeno, take away all the scraps", the priest replied: "In a short time I will bring them back to him and he will see them bloom again". And so it happened. " (testimony of Zaira of Nomadelfia)