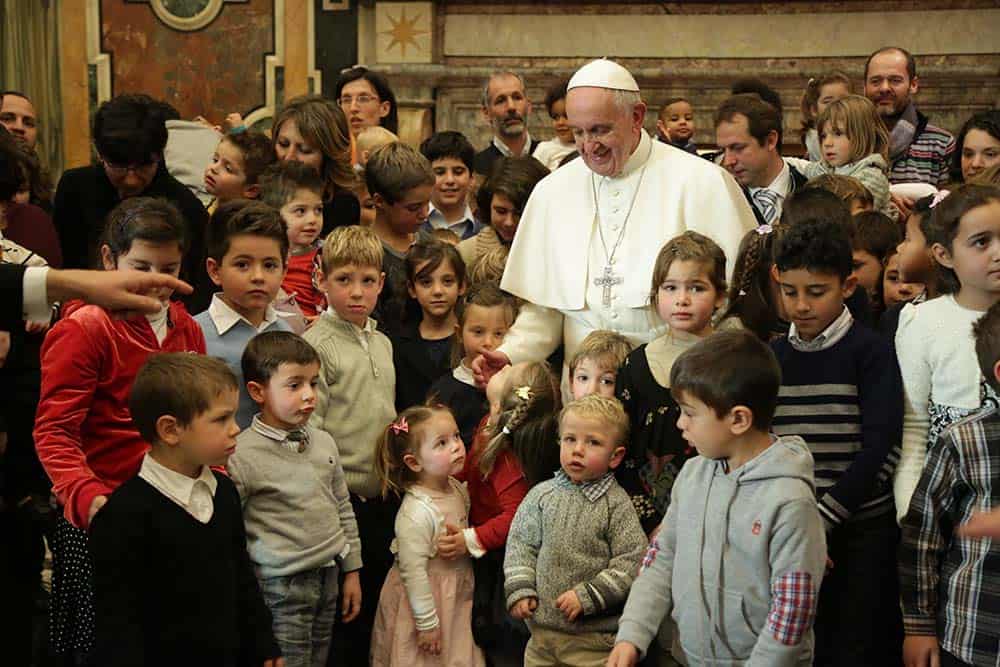 It is 17 December 2016, when all the people of Nomadelfia meet Pope Francis in the Clementina room. Children, young people, adults and the elderly flock to the hall, welcoming the Pope on his 80th birthday singing 'happy birthday'.

Today, a year later, we want to renew our wishes to the Pope for his 81st birthday.

"... Whatever we have done to one of the little ones, we will have done it to him (cf. Mt 25: 40ff). Don Zeno Saltini, your founder, had understood these things well and, despite difficulties and misunderstandings, he went ahead confidently, with the aim of bringing the good seed of the Gospel, even in the most arid terrains. And he did it! Your community in Nomadelfia is proof of this. Don Zeno presents himself to us today as an example of a faithful disciple of Christ who, in imitation of the divine Master, bends over the sufferings of the weakest and poorestby witnessing an inexhaustible charity. His courage and perseverance guide you in your daily commitment to make fruitful the seeds of good that he has abundantly sown, animated by evangelical passion and sincere love for the Church. "