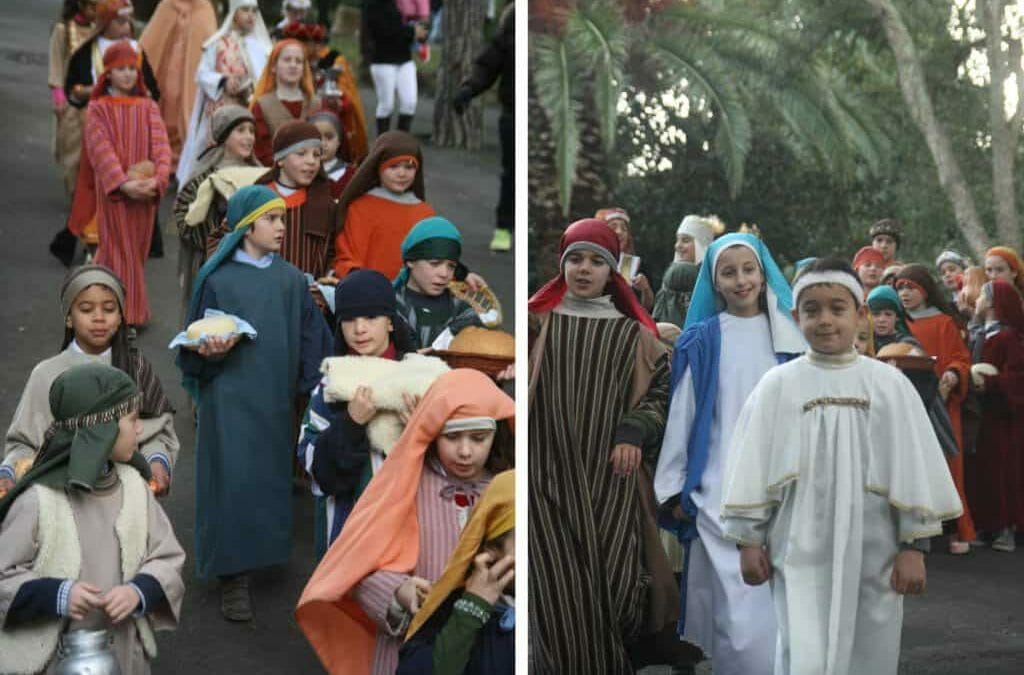 Christmas is the most current and closest celebration to us.

We don't have to go to the past to find Jesus. He is in the family next door, sleeps under bridges, seeks refuge in our cities, runs away from war, poverty, exploitation, slavery, selfishness. Look for a small place between us, a little dignity, warmth, love.

Like then. Baby Jesus knocks on our heart and asks us to open it, let it enter.

“I really like the feast of Christmas and you should have a big party, because the Savior has come; however, it is also a day of a sad memory, because they gave birth to it in a hut, in any cave. There are those who claim that it ended up in one of those shelters that are along the main roads traveled by the shepherds who went to sell the cattle at the Jerusalem market: they stopped there at night and nobody cleaned anything. There was straw, dung, lice, fleas there; and when the Gospel speaks of a manger, it will have been a manger in the cold and frost.

You will say: why on earth have they not accepted him? Because people are selfish: they close the door and no longer want anyone in the house. Everything there. At night every family is a stronghold, a fort and you don't enter. Even if the Madonna had to give birth, they didn't care about anything. Nothing! "There is no place!".

As in this civilization: when you are not known, there is no place for those who do not have the documents or papers in order ...

At Christmas it is not enough to go to confession and do penance with three "pater, ave, gloria"! It is necessary to see if one, in his soul, feels co-responsible for these human crimes. It must be said: because of the selfishness of the people of Bethlehem, Christ was born in a stable; you have to think about this pregnant woman - poor thing! - there in a stable in the cold, that a child was to give birth! He, this child, who is born in the middle of such an environment! Even though he is the Son of God, he wanted to be a man like everyone else: he was born in a shack where the beasts go to eat and died on a cross where the slaves go. This is He whom we go to worship in the crib ... He humbled himself so much that he was treated like a slave ... "