Let's get ready for Christmas looking at humanity 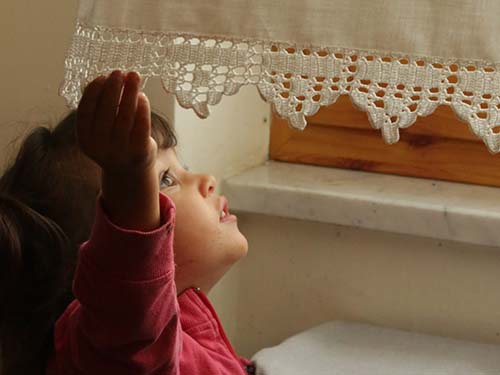 In preparation for this event we propose a reflection by Don Zeno of 23 December 1966.

“To prepare for Christmas we need to think about the co-responsibility we have, each of us - including young people - of the evils that are in the world and that are against the will of God, against the law of God.

Here is the problem of justice! God creates us all naked. If he had not given us the mandate to fraternize us and therefore provide clothes for everyone, then he would give birth to the children dressed, who at least would have the right of the chicks, who are born well dressed. If he had done so, he would have given us all the skills, the possibilities of the animals that know how to live without dressing and without wearing shoes; they even know how to find suitable places for the holiday. Birds, for example, are doing well: they take off and already know where to go. They go to Africa, go to the best holiday resorts, then return. So the fish move from one place to another, according to their needs. Instead we do not do these things: in one area you die from the cold, in another from the heat.

When we want to see the will of God we must see it in creatures.

Why didn't he give us the ability of the chicks when we are born? You see? They are born even without the hen: they find the heat, they are born and run to eat beautiful clothes.

In winter the horses have long hair; in the spring they forgive him. Nature dresses animals, feeds them, cares for them.

God is not cruel. This means that it has forced us to fraternize with each other to solve these problems, because together we can do it.

At Christmas we do beautiful things, which must be done to celebrate the Redeemer, but we must also think that he was born in a cave, in a very bad place and died on the cross. There is little to be exalted with Christ, because he lived like this and cried over human miseries.

The most interesting thing is that of Dante Alighieri who compares God to the light, which shines in certain places more and less elsewhere. In fact, at the Last Judgment when Christ speaks of the miserable, the hungry, the abandoned, the naked he says: "it was I in them". In them God shines more than anywhere else.

If today we asked ourselves if Christmas is more here or among the lepers, among the abandoned, among the hungry and homeless, it is undoubtedly more than here. There is no doubt. A good mother who has children in distress abandons others and runs after them, as the parable of the lost sheep says.

Our civilization says: now we eat, we are covered; then, when we can, with progress we will draw food from the seaweed, so you will also eat; but in the meantime, starve, because we can't do anything about it! You don't have to say, "So what should you do?"

We are all in malice. We are responsible for the sins of omission. I remember when I gave the speech at S. Giacomo Roncole at midnight on Christmas: it was a sting! I said: “Have the party you want, eat the cappelletti, but the reality is that here we are facing a cruelty. Herod sent the soldiers to kill all the children under the age of two, because he hoped to hit Christ, without hitting him. But this massacre of innocence continues even today with the sin of omission ".

We too condemn these hundreds of thousands, these millions of brothers to death, to despair without bickering with anyone, without messing with those who are in those conditions ... But if you take a mother who has her son in danger, she starts to quarrel with the mayor, with the prefect, with everyone and wants to go and save him at all costs. Talk on television, on the radio ... But talk about one ... and all the others?

When I hear that a child brought him to America to be operated on by great professors, it's a beautiful thing, but what about everyone else who dies?

We must go to Christmas feeling co-responsible for all these crimes. We need to think about it, because modern civilization, without realizing it, makes the sin of omission, cruel, terrible ".