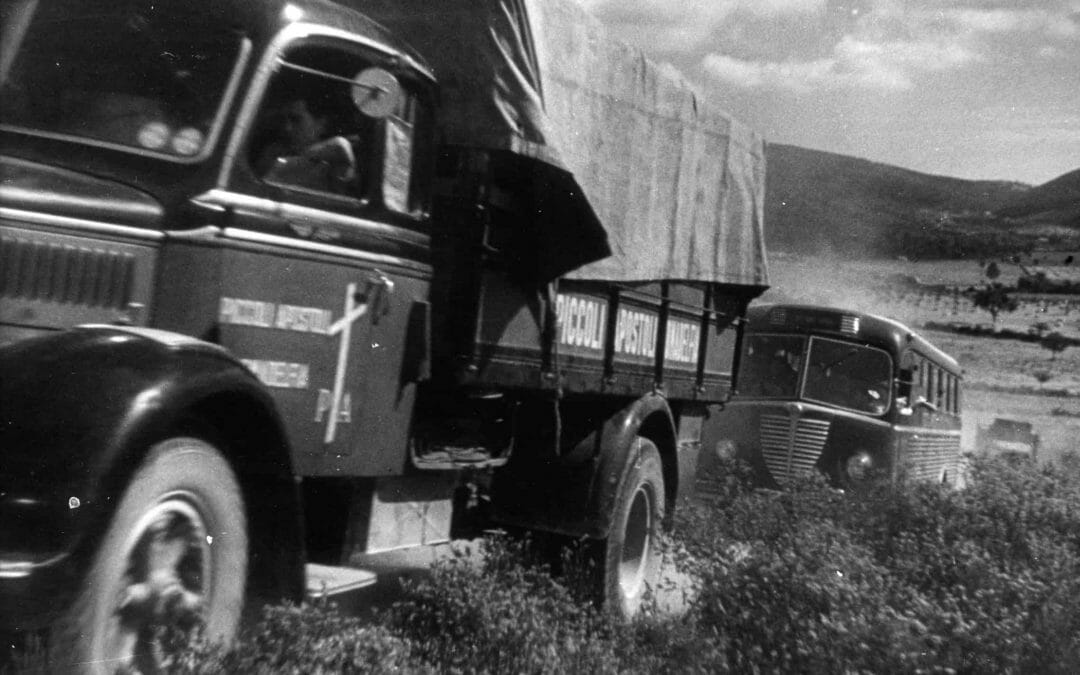 On March 21, 1949 Nomadelfia moved from Fossoli di Carpi to Maremma, where it is still located. The territory is donated by the Countess Maria Giovanna Albertoni Pirelli, so tied to Nomadelfia that she is considered "her fifth daughter". The initial enthusiasm of the first young pioneers is soon proved by the difficult living conditions in the Mediterranean scrub, where the land is to be reclaimed and everything to be built. The work is exhausting, the stony land is hard to cultivate, food is scarce and the accommodation under the tents offers shelter from the freezing winter in the winter and the torrid summer sun.

Danilo Dolci also contributes to the construction of the new Nomadelfia. The major project involves the construction of a city without fortified walls, open to the world to welcome in a fraternal embrace men and women willing to translate the message of fraternity into daily life.

After 70 years we see today the great dream of Don Zeno, the result of many sacrifices and trust in ideals. Would we still be willing to leave everything to start again with such zeal?

IN NOMADELFIA I HAVE NOT SEEN NEEDED OR MASTERS

I have seen virgin mothers of twenty children

and young girls out of the brothel

candid as virgins of God,

I have not seen servants or masters

but brothers live together.

The stones have squeezed good oil

the stony moors, honey and milk;

Before my eyes wilted,

And I recognized my dream

mine before I was,

the ancient dream of all my fathers;

I have seen my promise kept

and I saw the prayer answered ...