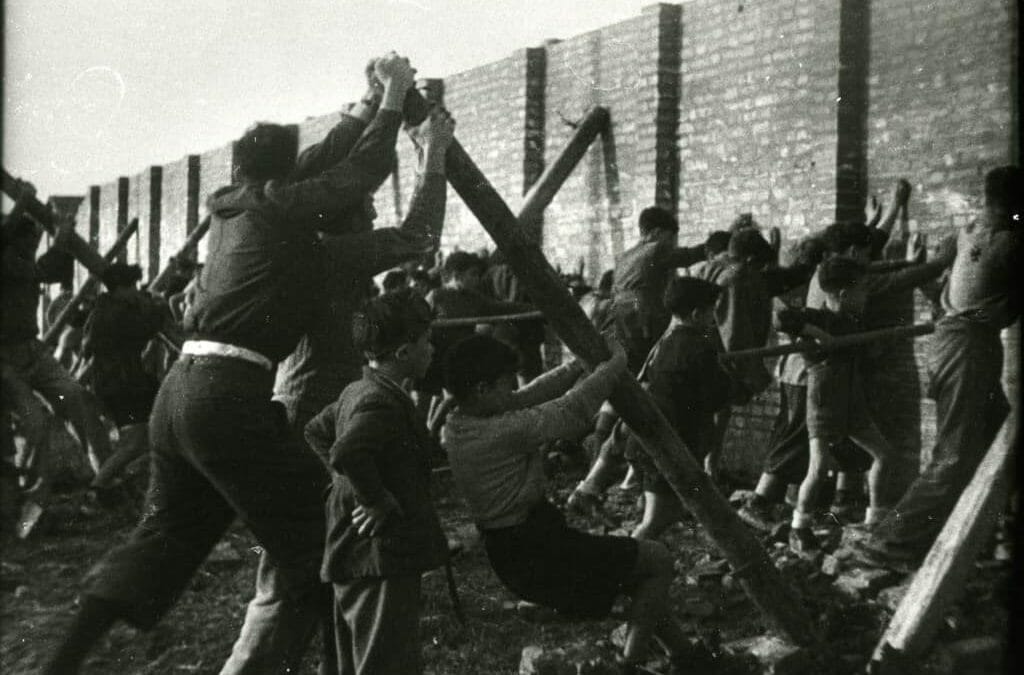 On January 27th we join all the peoples of the earth for celebrate the Day of Remembrance together. In 1945 the soldiers of the Red Army demolished the gates of the Auschwitz-Birkenau camp, revealing the atrocity and horror of the Shoah to the whole world. About 6 million people (Jews, Gypsies, disabled people, persecuted politicians ...) were deported and killed in Europe from the early 1930s to 1945.

73 years after the liberation of the Auschwitz extermination camp, we stop to remember, not only the many innocent victims, but also all those stories never told and little known, of people who got involved to save their lives of others.

It was 1941 when Irene arrived, a young woman who fled her home to be a mother to the Little Apostles, the first Mother of Vocation. And Don Zeno, who had repeatedly taken positions against fascism, war and racial laws, already in the early 1930s spoke of "clumsy ideologies destined to direct towards tragic realizations". The people applaud him. It is considered by the government authorities to be a special guard. His sister, Sister Scholastica, from the monastery of the Poor Clares encourages him: “Be strong and constant. Feel free to let this ship of yours crash into the big stormy sea. If it truly is the work of God, do not be afraid, a day will come that will triumph ".

Don Zeno does not give up. It continues to boldly promote initiatives to counter fascist ideology and propaganda. In 1943 he was arrested for spreading a newspaper in which he announced the imminent fall of the regime. The detention ends after a few hours thanks to the intervention of the Archbishop of Bologna. Several priests join him and start a community clergy (the Little Apostle Priests). In the days following the armistice of 8 September 1943, Don Ennio Tardini with Don Arrigo Beccari, Msgr. Pelati, Dr. Moreali and others, participate in the rescue of the Jewish children who had been welcomed at Villa Emma in Nonantola. The Nonantola seminary becomes a center of the Modenese resistance, a control room for clandestine activities. False documents are provided to Jews and persecuted politicians, who are hosted and then routed to Switzerland or Rome; clandestine posters are printed and the sending of young people and food to the partisan mountain formations is organized. Hundreds of lives are saved. In San Giacomo the small apostles work is harshly persecuted in an attempt to disperse it. Don Elio Monari is captured in 1944, interrogated and tortured several times, is finally killed on July 16. In September Don Arrigo Beccari and Don Ennio Tardini are arrested and handed over first to the Black Brigades and then to the German SS. They meet in the same cell with Don Ivo Silingardi (also a PA Priest), Danilo Orlandini PA and six young friends of the "Italian Action Teams", the first Catholic formations of the plain. The morning of 30 September, while those 6 young people are taken to San Giacomo to be hanged in front of the house of the Little Apostles Opera, Danilo is sent to a concentration camp in Germany, while the 3 priests are transferred to Bologna in the prison of San Giovanni in Monte. Shortly afterwards, they will be saved by the generosity of 3 young sisters of the Adorers Handmaids, who offer their lives in silence and prayer. Don Zeno wrote in those years: “I had the impression that God was leading me by the hand". Some collaborators, such as Don Beccari and Giuseppe Moreali have been awarded the "Righteous among the Nations" award. Their names are remembered in the Garden of the Righteous in Jerusalem, together with all the men and women who risked their lives by saving the Jews from the hands of the Nazi-Fascists. And in 1947, after the end of the war, the Little Apostles occupied the former concentration camp of Fossoli. Walls and grids are demolished to transform those places of hatred and suffering into signs of hope and peace: thus Nomadelfia was born.