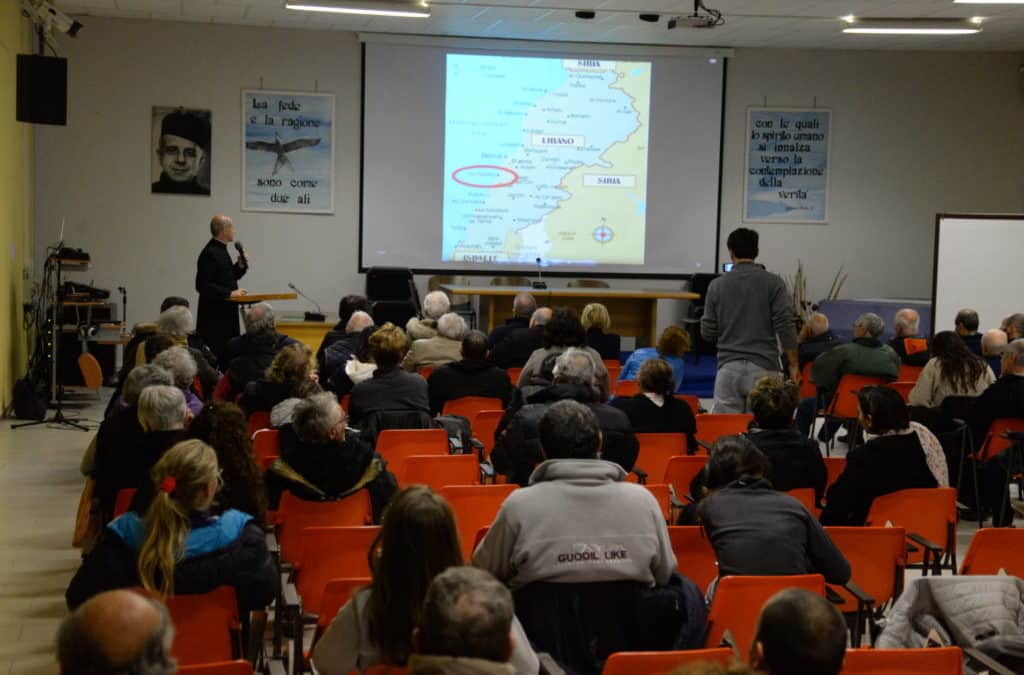 Bear witness to the disruptive power of the Gospel with and among the poorest. This is the mission of Father Damiano Puccini who, with the Oui Pour La Vie (yes to life) association, brings his help to the poor of Lebanon and refugees from Syria. Lebanon, in fact, with its four million inhabitants, is home to more than two million refugees.
In addition to material aid, the association promotes processes of reconciliation between people: Shiite, Sunni and Christian Muslims live in Lebanon and it is not difficult to find open wounds wherever you look. Wounds due to the war that has bloodied the area for years. Father Damiano, and some volunteers, in particular, ask Christians to forgive the wrongs suffered, to stop an otherwise endless spiral of violence, thus becoming living witnesses of a faith that puts forgiveness as the basis for living together. Furthermore, they ask the poor who have received help to be themselves a point of support to help new people, in a process that allows them to build new relationships, thus promoting the birth of a different social fabric.

Talking about the general situation in the Middle East, Father Damiano urged us to have a critical vision, not homologating us to the public opinion often influenced by partisan information. All wars in the region are due to political and economic interests; fundamentalisms (Isis, Al Qaeda ...) are often the product and the hand of these interests. Lebanon is also on the verge of a civil war, dictated by external interference that the people directly involved do not know exist.