Prophetic Economy. A new economy for the common good 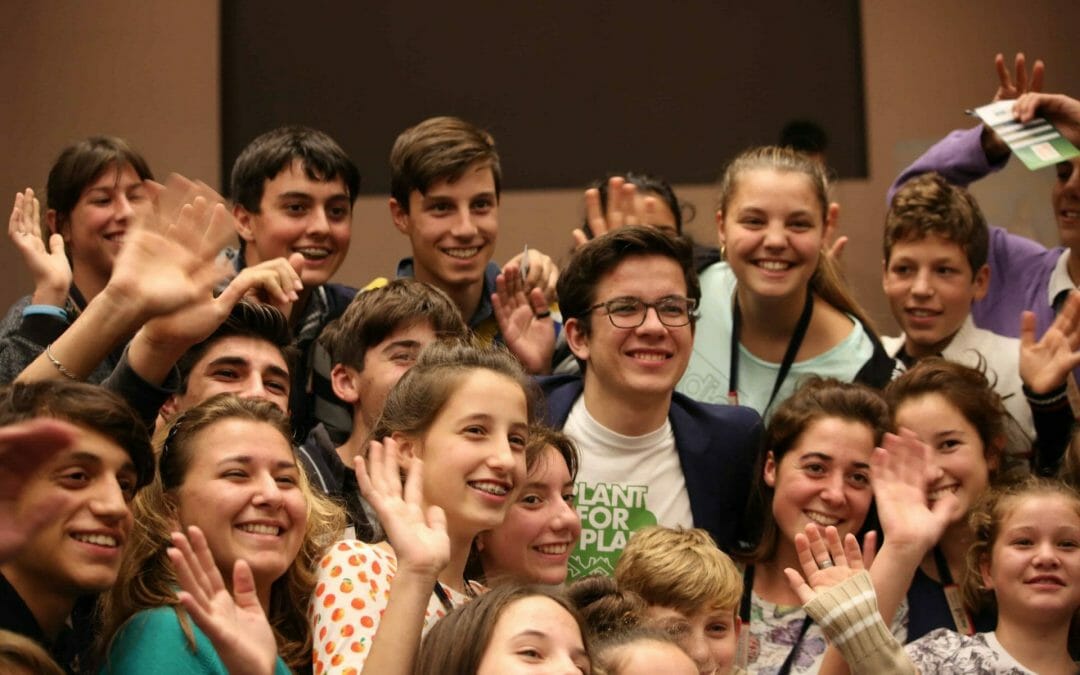 The international event ended, which saw a precious interactive and intergenerational exchange between different realities that have in common the desire to change the world. The contribution of the young people present is new and decisive. Many good practices presented, prophetic actions of the present.

Once upon a time there was a boy named German who lived in Colombia. And there was also Henri, who lived in Benin, and Eli who lived in Brazil. German, Henri and Eli had one thing in common: they worked to give their people a better future, redeeming them from misery and preserving the natural environment in which they had to live, the water they had to drink, the air they had to breathe. Their stories are the stories of today's heroes, stories that deserve to be told to our children. German, Henri and Eli are prophets in their own way: the world they want to build is not a utopia, because it is already being realized and incarnated in them; but it is a world that can only be fully realized with the contribution of all of us.

The stories of German, Henri and Eli today can be known and told thanks to Prophetic Economy, an event that brought together people like them, to create a place where these heroes of today could meet, get to know each other, exchange ideas and experiences, and find new ways of collaboration. Hosted by the International Mariapolis Center of Castel Gandolfo, near Rome (Italy), this event gathered around 500 participants, coming from over 40 countries on five continents, engaging them in plenary sessions, working groups, creative and social workshops, to an interactive and intergenerational exchange.

Started as an international platform for meeting, exchange and mutual inspiration, the event has crossed the threshold of pure networking and has become a push and spur for the common commitment, from daily initiatives to local activities to international actions.

"A prophetic economy - he said Jeffrey Sachs, world-renowned economist who spoke at the event - means an economy that operates in the vision of the prophets, which means in the vision of justice, peace, to satisfy the needs of the poorest people, a vision of protection of creation. We need a sustainable development economy that means an economy in which prosperity is shared. This is socially fair and ecologically sustainable. "

The composition of the participants varies: economists, experts in the economic-financial field, activists from the ecological sector, entrepreneurs and students, people of different cultures and religious beliefs, from nine years old. And young people were the protagonists of both a specific program for their age with games and interviews with experts on economic and ecological issues, and of several panels with adults through their questions, proposals and testimonials.

"How nice it was to have the boys, the young people with us - he said Josiane Gauthier general secretary of Cidse -. What was extraordinary was that they weren't pretending to be part of any conversation or imitating adults, they weren't just decorating or not just here to make the event more beautiful. They were here because they were part of life. Real life. And they inspired us with their deep intelligence, grace and truth ”.

The program wanted to give voice to good economic practices already in place.

"It is prophetic - explained the economist Stefano Zamagni - those who look ahead and dare to look beyond the obstacle to find access routes. Because the current model of economic and social order no longer works. The prophetic economy is that of those who say: let us free ourselves from old ways of thinking and dare and try new ways ”.

"These good economic practices already exist - he observed Lorna Gold, an economist from the Irish Catholic Development Agency - but they are often invisible in the media and in our culture. We must make them visible, if they grow they will become stronger. An event like this, which brings together many groups, allows you to meet us, get to know us, understand the different work already in progress and do a brainstorming on how we can do more, because the motto of this congress was 'alone we can do a lot, but together we can do much more' ".

The “Prophetic Economy Award” competition also wanted to reward good practices, such as examples of prophetic economics. "They - he said Carlo Petrini, founder of Slow Food, speaking of the winners - they practice a reality other than the diffused economy, they see longer than the prevailing economy, they are not prophetic in vision, but in daily practice. These realities have the ability to be teachers of economics ".

“It is not a question of utopias or 'small islands' within an unfair and immutable system. They are signs of a tangible change - observed the Argentine economist Cristina Calvo. Often, in the face of large global financial mechanisms, there is the risk of being discouraged, of feeling irrelevant. The antidote to immobility is to broaden the spectrum of action on all three levels: micro, medium and macro. The prophetic economy shows us that there are practical experiences and theoretical orientations that can indicate another direction ".

And starting to give voice and welcome the thoughts of those who experience situations of poverty and social exclusion was another of the characteristics of this event.

"The time has come to rethink the economy, to rethink the world, not 'for' the poor, nor only with their participation, but starting from them - he said in the conclusions Jean Tonglet of ATD Fourth World. - Our knowledge remains incomplete if it is not watered by the knowledge of those we want to free from misery and who are the first to know it and fight it day after day ".

The challenge launched by this event is to be able to invent new ways of collaboration, to be stronger, more creative and be able to change lifestyles by creating a more supportive, fairer and more sustainable economy.

"The new idea behind this event - explained the Italian economist Luigino Bruni - was to bring together ecology and economics. Today we can no longer talk about poverty without talking about the climate. The cry of the earth and the cry of the poor are the same cry. Prophecy gives voice to the invisible. One of the great messages of Pope Francis' pontificate is the invitation to activate processes, not to occupy spaces, because time is greater than space. Here is a process that has started. Prophecy is critical, but it is never pessimistic. "

The participating students, who studied and took up the challenge launched by FAO to work to overcome hunger in the world by 2030 (#zerohunger), also elaborated some concrete ideas at the end of the meeting:

Prophetic Economy is an international project made up of seven organizations: Pope John XXIII Community, Nomadelfia, Global Catholic Climate Movement, ATD Fourth World Movement, World Community of Community and Family Association, the SlotMob initiative and the Focolare Movement represented by the Economy of Communion and the youth section of Teens for Unity.