Let's save peace by doing justice 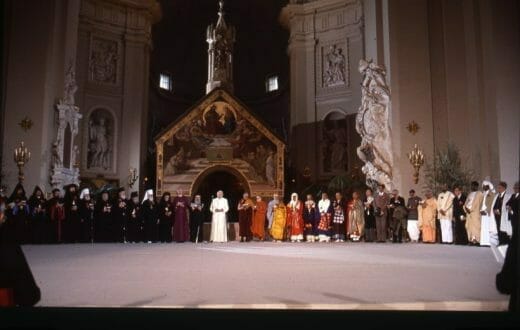 "Peace to all people and all nations of the earth!" It is the wish of Pope Francis on the occasion of the 51st World Day of Peace. “Peace, which angels announce to shepherds on Christmas night, is a deep aspiration of all people and all peoples, especially of those who suffer most severely from it. " And looking at the current situation of many peoples, the pope's thoughts and prayers go to "over 250 million migrants in the world, of whom 22 and a half million are refugees", or "men and women, children, young and old who seek a place to live in peace ".

We welcome the invitation to watch the global migrations not as a threat, but "with a look full of confidence, as an opportunity to build a peaceful future". “We are aware that opening our hearts to the suffering of others is not enough. There will be much to do before our brothers and sisters can return to live in peace in a safe home. Welcoming the other requires a concrete commitment, a chain of aid and benevolence ".

What can we do today?

We propose a speech by Don Zeno held during the "Nomadelfia Evening" in Cervinia on 24 July 1976:

"Humanity needs justice. We live in an era in which it would be very possible to feed everyone, to make a home for everyone: white, red, green, from all continents. We could do all of this. Instead we are barbarians, worse than barbarians, we are unjust. Here ... and here it goes very badly, because it is no longer a stuff of Christians and non-Christians. We are all together before this court, before which we are sued even now. Because while I speak who knows how many millions and millions of poor citizens of the earth who are homeless, without families, then they are abandoned and suffer all the imaginable sufferings possible. A single citizen of the world who is without eating, without dressing, without treatment, condemns the whole world. Only one condemns us all ”.

"Do we want to change? Each of us changes itself, is the only solution. Do not quarrel with others, but you have to give a wave in the world to stop these wars, stop these wars, these dangers. Who is it that can stop them? Who? Politicians? Those can't make it! It's impossible! We are the people who must be ready to give such an example of goodness and justice without weapons and without anything, the wave of a people running to justice saves the world, save everything. And we will finally have peace. The people who expect peace from others and from the "high" will never have it ".