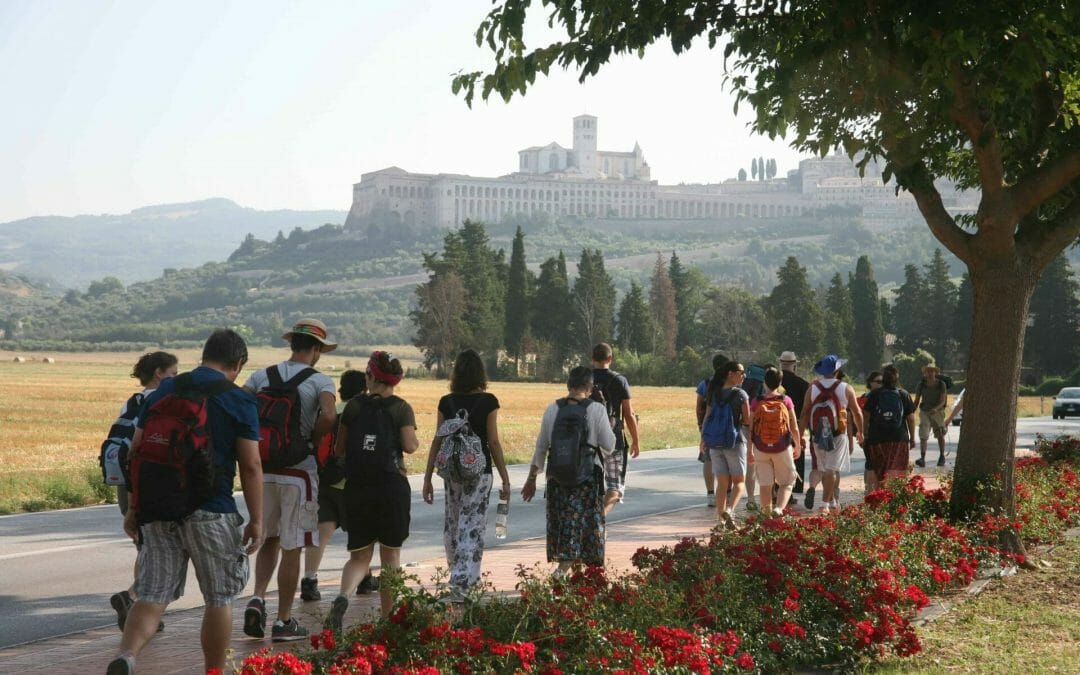 January 1st 1968 was celebrated the first world day of peace. This day was desired by Pope Saint Paul VI "As a wish and as a promise that peace with its just and beneficial balance will dominate the development of future history". A wish that is addressed to all, believers and non-believers because peace is a universal need. Without justice there is no peace. Pope Francis in his message calls for a personal, social and political revision.

Here is the theme of the day that we celebrate January 1st 2019.

Pope Francis reminds us that Jesus, by sending his disciples on a mission, taught them to wish "Peace in this house".

The "home" of which Jesus speaks is every family, every community, every country, every continent in their singularity and history; it is above all every person, without distinction or discrimination. It is also the planet where God has placed us to live and which we are called to take care of with concern.

After this truly universal wish, he enters into the merits of the world situation by proposing "The challenge of good politics".

“Politics is a fundamental vehicle for building citizenship - but when - it is not lived as a service to the human community, it can become an instrument of oppression, marginalization and even destruction ".

In his message he reports "the beatitudes of the politician" proposed by card. Francois-Xavier Nguyen Van Thuan (1928-2002) who had spent 13 years in prison including 9 in solitary confinement.

Blessed is the politician who has a high awareness and a deep awareness of his role.

Blessed is the politician whose person reflects credibility.

Blessed is the politician who works for the common good and not for his own interest.

Blessed is the polyotic who remains faithfully consistent.

Blessed is the politician who brings about unity.

Blessed is the politician who is committed to bringing about radical change.

Blessed is the politician who knows how to listen.

Blessed is the politician who is not afraid.

In order to live these beatitudes, Pope Francis warns us about "vices of politics " that "take away credibility and authority ":

denial of the right,

illegal enrichment, justification of power by force, or under the arbitrary pretext of "reason of state",

the tendency to perpetuate in power,

refusal to take care of the Earth,

the contempt of those who have been forced into exile.

We are then invited to one good policy that promotes youth participation and trust in others.

“Everyone can bring their own stone to the construction of the common house. Authentic political life, which is based on law and a loyal dialogue between the subjects, is renewed with the conviction that every woman, every man and every generation embodies a promise that can release new relational, intellectual, cultural and spiritual energies ".

We must build this trust by winning the "mistrust that is rooted in the fear of the other or from the stranger, in the anxiety of losing their advantages, and unfortunately also manifests itself at a political level through attitudes of closure or nationalisms that question that fraternity of which our globalized world has much needed. Today more than ever, our societies need "paced craftsmen" who can be authentic messengers and witnesses of God the Father who wants the good and happiness of the human family ".

The thought of Pope Francis is addressed to all the people who died in wars, to the children who live in situations of conflict, enter into the heart of the situations of refusal that today tend to close: "Political speeches that tend to accuse migrants of all evils and deprive the poor of hope are not sustainable. Instead, it should be reiterated that peace is based on respect for every person, whatever their history, on respect for the law and the common good, for the creation that has been entrusted to us and for the moral wealth transmitted by past generations ".

Finally Francesco tells us that peace is possible, we must not be discouraged but believe in a “great peace project "

“Peace is in fact the result of a great political project based on mutual responsibility and interdependence of human beings. But it is also a challenge that asks to be accepted day after day. Peace is a conversion of heart and soul ... "

Thank you Pope Francis for these words that shake us and encourage us to be artisans of this peace project.

Best wishes for a New Year 2019 that sees us builders, craftsmen of a new policy, a new justice and a peace which resounds in the songs of the angels "peace on earth to men of good will" and continues in sending the disciples: "Peace to this house"