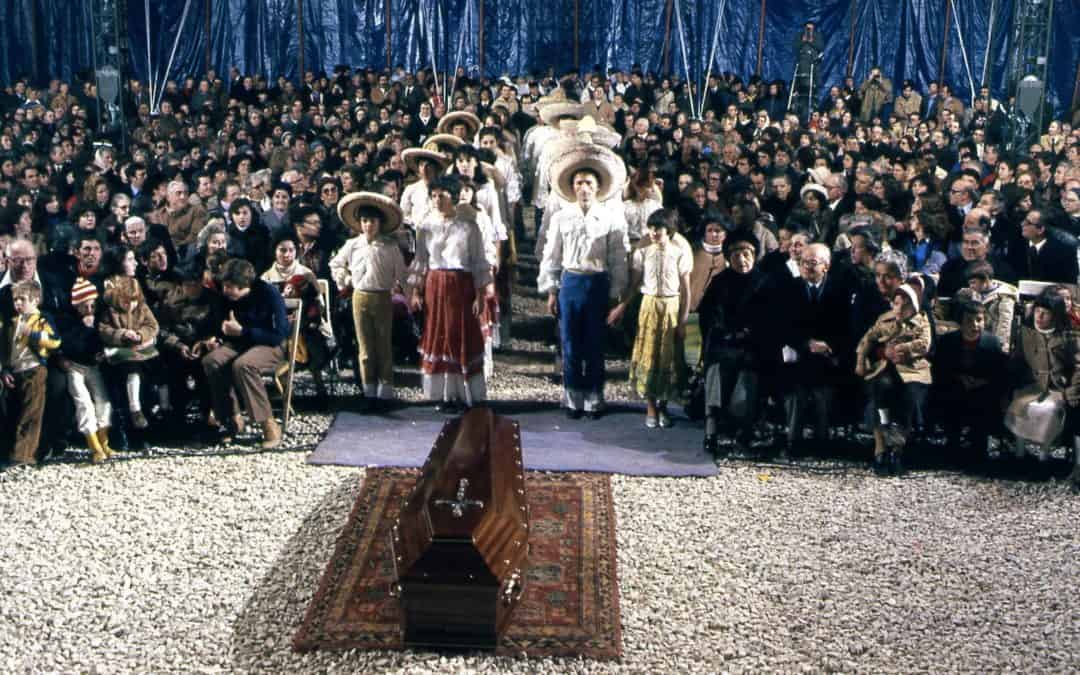 In January various recurrences concerning the life of Nomadelfia are condensed. Don Zeno's first Mass on 6 January, his death on 15 and 22 the anniversary of the second-first Mass and the approval of Nomadelfia by the Bishop of Carpi.

"My Dear Jesus,
I am on the path of my dream, to die on your heart.
Old age tries to drown me; but I don't want to live until the last breath.
Yes, I want to be still very young and I want to love you singing to life. I want to live you.
In fact, if you, my Jesus, live with me this waltz that is so beautiful ... The earth becomes more beautiful ".

It was January 15, 1981. Surrounded by his sons Don Zeno Saltini leaves for eternal life. He wasn't afraid, he suffered a lot, but he was happy. A few days earlier he had said: "If the Lord calls me now I thank him, if he calls me tomorrow it's the same thing, if I have to take it back it's always the same thing". He had a granite faith, a daring humility, an immense trust in his Dear Jesus with whom he had danced all his life. He had asked for a party for when he was going to die and his children took him by word and really danced around his coffin.

I never had the pleasure of looking him in the eye, but I listened to his voice many times. Those who knew him say he was truly a father. He officially became one on January 6, 1931, on the day he celebrated his first Mass. Barile had just come out of prison and Don Zeno wanted to welcome him as a son to his home. It was the first of many. In his heart, however, he always had the goal clear: Change civilization starting from himself. He had decided it at the age of 20, after a violent argument with his best friend, and his whole life was the answer to that confrontation.

Nomadelfia was born there, above that altar, and from that source a new, fresh, genuine history sprang like a river in full. There have been steep climbs, such as when in 1952 the Church ordered him to move away from his children, but his response was always obedience, ready to roll up his sleeves in the certainty that God would never abandon him. Yet from February 5 of that year, he has not celebrated Mass for 9 years. It was not a punishment, he had asked the pope to stay with his people.

It was not until January 22, 1962 that he was able to raise the cup in his second-first Massthe newspapers called it that. Don Zeno chose the date to remember January 22, 1933, when the Bishop of Carpi, Mons. Giovanni Pranzini, had opened the way at the beginning of his work. On that occasion it was as if God himself had recognized the foundation of this small attempt at fraternal society. For this reason, even today in Nomadelfia we remember this day, the anniversary of the birth but also of the rebirth of the city of fraternity.