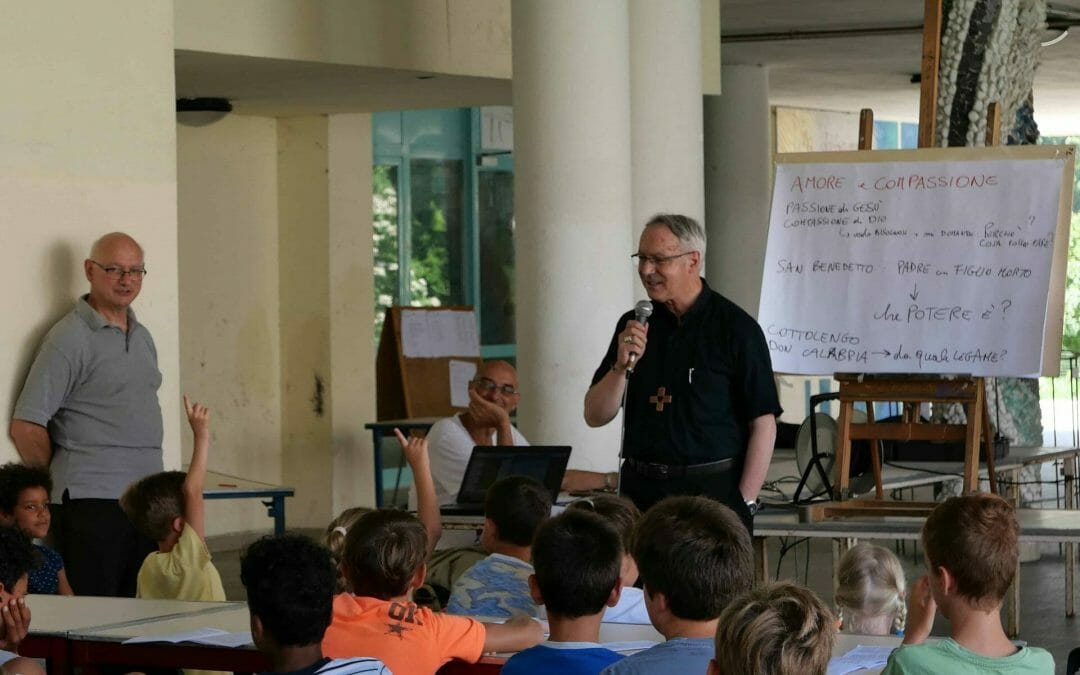 At the end of the evening it was the Bishop who addressed the last greeting from the stage: «I would like to say to all of you that together we enjoyed this splendid show what is behind the scenes. I have seen, Nomadelfia is this but it is also everything behind it ... There are many people who do not appear here but who are behind the scenes: costume designers, those who mount the stage, the lights, the sound and all the rest. [...] We will remember this day for a long time. Yesterday's day has passed and there is nothing more we can do. Today has left us this beautiful sign, we don't burn everything tonight. That this trail of light from Nomadelfia really continues to lighten our path. I greet you with the Scout greeting: good way to all! ».

To strengthen a friendship that had already begun with Don Zeno, the Bishop a few days earlier he had met the nomadelfs in Viserba engaged in the summer tour and spent a morning together.

"There was a little heart that had been like this since he was born (he contracted and relaxed)," he began by asking the children for permission to tell a short but short story. «The heart is a muscle, it receives blood from the veins and sends it to the arteries. But one day this heart got tired of doing the same thing, even at night, every day, even on holidays. "Stop it! Ugh! I got bored!"said this heart. "I just want to receive, because I'm tired of giving." And in a few seconds he received blood from his whole body, so much so that he was about to burst and said: “No, no, no, no ... I want to close the valve of the veins and I want to open only the valve of the arteries. I just want to give, give, give, no longer receive. " But in a few moments he no longer had the blood coming from his veins and pof, pof, pof ... was about to suffocate. Then he immediately reopened the valve of the veins keeping both open and said: “Aahhh! So it is beautiful! Receive and give. Receive TO give ”. Jesus had already said it. For free you have received, freely give ».