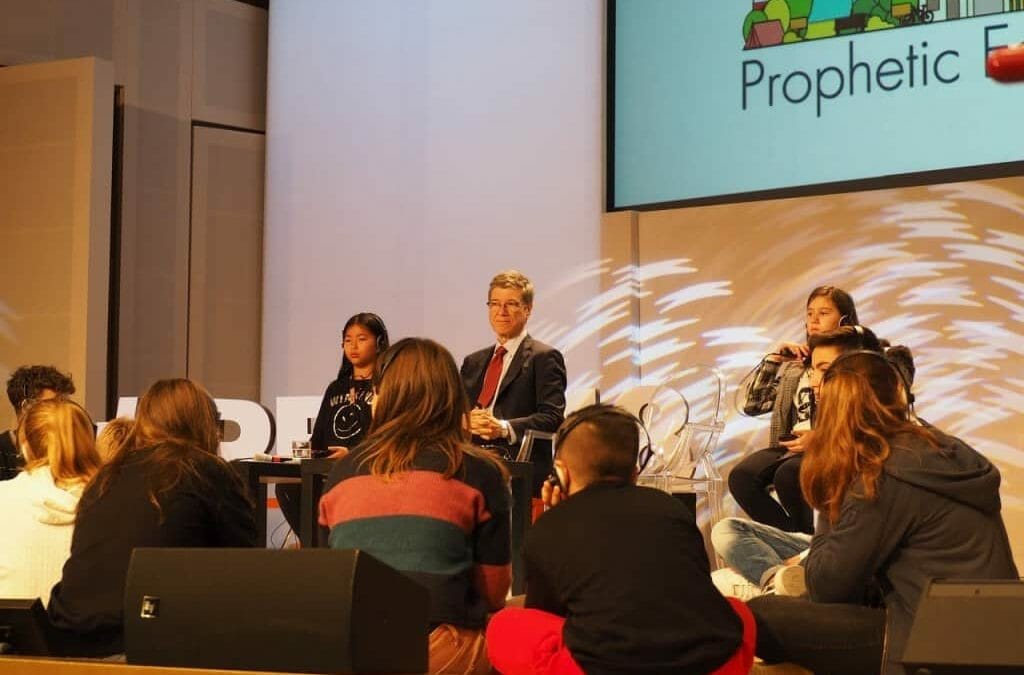 Since the announcement that the Pope would visit Loppiano and Nomadelfia on the same day was made public, we have seen it take off a friendship that began some time ago between our two realities. In the last days of April there was an exchange of visits between the schools of Nomadelfia and the young people of Loppiano, while on May 1 some young people of Nomadelfia brought their testimony to the Genfest. But our path had already crossed other times, and each of these meetings has borne fruit.

One of the most significant results of this dialogue is certainly Prophetic Economy, an event to be held in Rome from 2 to 4 November 2018. Nomadelfia promoted this event together with Economy of Communion (EoC), ATD Quart Monde, The Global Catholic Climate Movement, SlotMob, Pope John XXIII Community Association, World Community Family and Teens4Unity. The purpose of the event is to bring together all the associations, companies, organizations and movements that believe in integral human development and sustainability, working for a transition to aeconomy at the service of people and the environment. To find a solution to the environmental and social problems of our time, laying the foundations for our future.

We can do little alone, but together we can do a lot: for this reason Prophetic Economy it will not be a conference but the beginning of a process, to find new ways of collaboration, to compare, to look for sustainable solutions, with particular attention to the poorest. With a competition of prophetic economy practices we will give visibility and recognition to the many protagonists of change. Children will have a program dedicated to them, to stimulate their inventiveness and take into account their vision.

With this initiative, our organizations seem want to accept the invitation addressed by the Pope to the EoC on February 4, 2017, during the hearing with the representatives of the movement: “The economy of communion will have a future if you give it to everyone and it will not remain only inside your 'home'. Give it to everyone, and first to the poor and young people, who are the ones who need it most. " All the promoters of the event expressed their willingness to not wanting to remain closed in on oneself, but wanting to actively participate in a change that we all need. For this reason Prophetic Economy will not be a confessional event, but it will be a gift for everyone, above all differences.

For this reason we ask all our readers to spread the news as much as possible to their parishes, schools, universities, professional networks, relatives and friends.