Prophetic Economy: an invitation to look beyond yourself 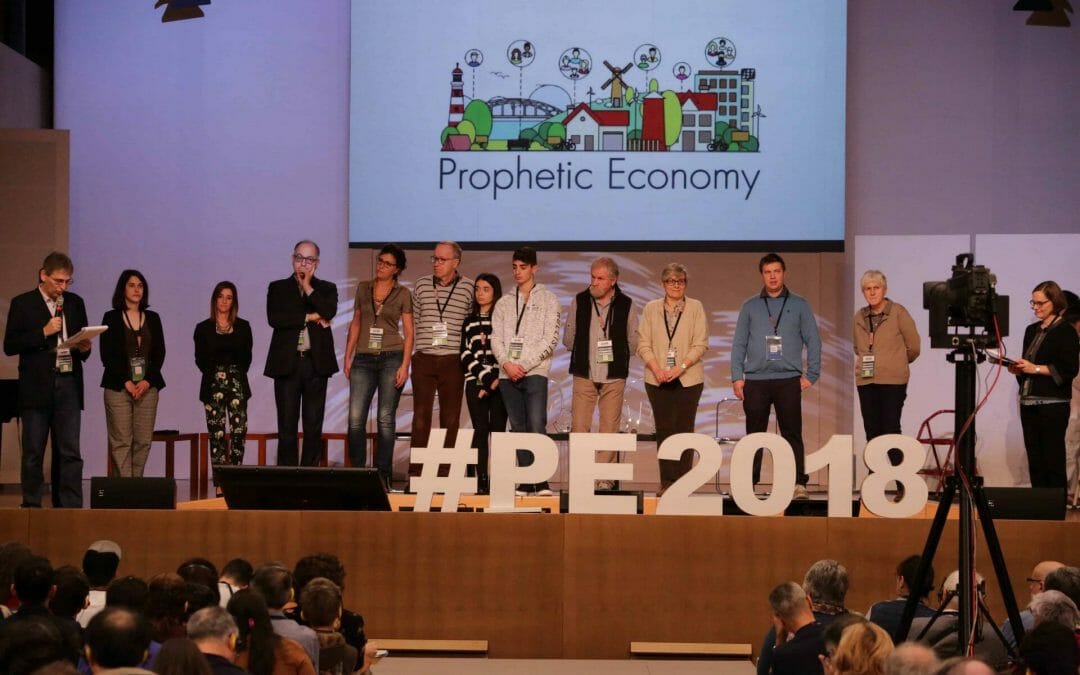 Those who have chosen to spend their lives for an ideal know well that you can often feel a kind of tiredness, a feeling of "both going around in circles and having lost the way to go". It is a "spiritual illness" that expressed by the representatives of the parishes of the Diocese of Rome during the meeting with the Pope last Monday. A syndrome that can also be found in those organizations and movements that, born from listening to the cry of the poor, are often faced with problems greater than their strength, or buried in bureaucratic and administrative issues from which the exit is never seen. Situations that generate the feeling that “our life is useless and as expropriated by the frenzy of things to do and by a time that continually escapes us; expropriated by only utilitarian / commercial relations and not very free, by the fear of the future ". We fall back on the issues of ordinary administration, of survival. And you feel lonely.

These words of the Pope were also food for thought for us organizers of Prophetic Economy. For this we want propose to participate in this event to all those who live a moment of tiredness, but they don't want to stop dreaming of being able to change the world.

It is an event to be held in Castel Gandolfo (Rome) from 2 to 4 November, organized and promoted by the Economy of Communion, Nomadelfia, ATD Quart Monde, The Global Catholic Climate Movement, SlotMob, Pope John XXIII Community Association, World Community Family and Teens4Unity.

Prophetic Economy it is an event aimed at those who feel the call to contrast the global inequality, which is growing more and more, the climatic and environmental problems that are becoming more and more urgent, the social changes that crush the person. It will not be a conference, but an opportunity to get to know other dreamers and network. Share your vision of a better world, share experiences, suggest and be suggested new ways of intervention.

What we would like is that the participants can return to work with more enthusiasm, new ideas, and many friendly realities to ask for support.

For this reason, a competition has also been launched, Prophetic Economy in Practice - Award. The competition is aimed at all associations, organizations or people who have undertaken poverty reduction projects that follow an integral approach, that generate inclusive and sustainable economic development, that is, aimed at ensuring the dignity of each person respecting environmental limits. The scientific committee will be composed of Vandana Shiva, Jeffrey Sachs, Cristina Calvo and Stefano Zamagni. The prize will not only be monetary, but will be an opportunity to open up to suggestions and network. In fact, the first three winners will be invited to present their experiences during the event. The following ten classified will present during side-events, in order to receive feedback from international experts.

Young people will have a program dedicated to them, aimed at stimulating their inventiveness and the desire to get involved.

Prophetic Economy it is an invitation to leave oneself. For those who believe that changing the world is possible, and want to do it together.