A year ago Pope Francis came to Nomadelfia 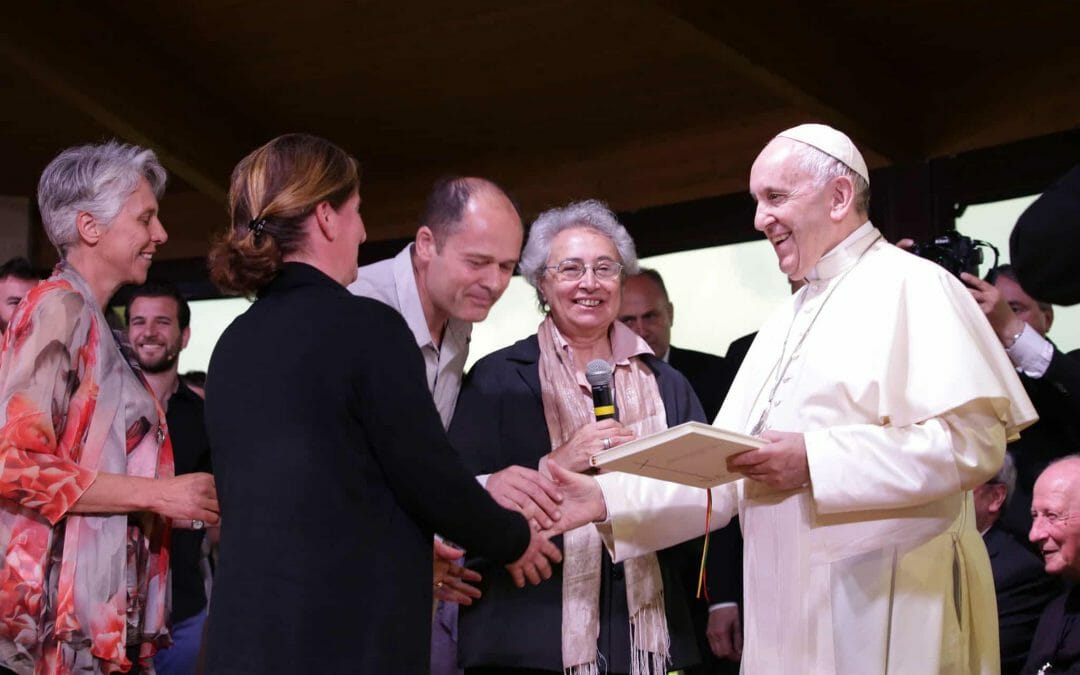 A year has already passed since Pope Francis came to Nomadelfia and Loppiano.

Along a rediscovery itinerary of some great figures of Italian priests, uncomfortable results during their earthly existence, the Holy Father he came to little Nomadelfia to pay homage to Don Zeno. The "law of fraternity", as he tweeted, is to experience the fatherhood of God which commits us to recognize ourselves all as brothers. For this law of fraternity Fr Zeno spent his whole life, so that human relationships could be transformed into relationships of brothers, of men who recognize the face of Christ in the other. The result is a different society, a new people. Pope Francis met this.

And from Nomadelfia the invitation to universal fraternity for a world on a human scale resounded loudly. Beyond the name, Nomadelfia is a "prophetic reality" because it anticipates a better world for man. Better not because the Nomadelfs are special people or better than others, but because they try to put the Gospel at the basis of interpersonal relationships. And therefore every man is important, both the infant and the elderly. There can be no future for man if there is no attention for all humanity and for all human existence. Don Zeno reminded us that even one man who is mistreated in his humanity condemns us all. The Pope's words and gestures brought Nomadelfia to the world. What did it mean and what does it mean a year later?

In a world that quickly consumes positive and negative emotions, for many it was only a space of hope. For others it was an opportunity to ask questions about the meaning of life ... And for us? We we feel a strong commitment to give truth to the words of Pope Francis, not to be pharisaically praised by men, but because we feel that we are the little custodians of a great proposal. We do not have the communicative power of the major media, nor the propaganda capacity of trade, but we are convinced of the diffusive force of the good. The good does not normally make the news, but its communicative power touches the human heart.

Pope Francis touched the heart of Nomadelfia and we want to bring this good news to everyone: on the Gospel you can live a good and beautiful life. We will try to bring this experience where it is possible, but whoever wants can come and see and touch. Beyond our many flaws and errors, we are a small laboratory of God where fraternity is touched by hand. A year has passed, but we haven't forgotten. Our gratitude is always alive towards Pope Francis. Thank you.