Towards Economy of Francesco, to build a different world 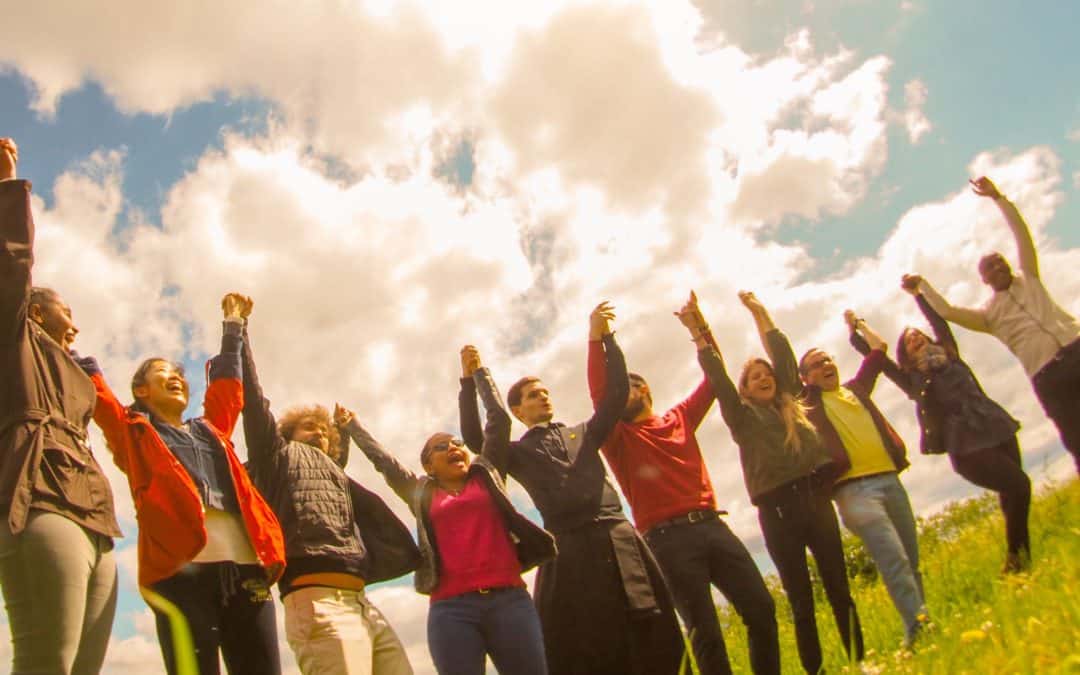 "Dear friends, I am writing to invite you to an initiative that I have so longed for: an event that allows me to meet those who are being formed today and are starting to study and practice a different economy, one that makes people live and does not kill, includes and it does not exclude, humanizes and does not dehumanize, takes care of creation and does not prey on it. An event that helps us stay together and get to know us, and lead us to doand a "pact" to change the current economy and give a soul to tomorrow's economy". This is the invitation of Pope Francis, published on 11 May, with which young people who dream of changing the world starting from economic relations are called to gather. Starting from an emblematic place, the place where another Francis undressed to put himself at the service of the least and of creation, to begin a process of change: "I ask you to be builders of the world, to get to work for a better world" , because "as long as our economic-social system still produces one victim and there is only one person rejected, there cannot be the feast of universal brotherhood". As Don Zeno would say: "a wave of people running to fraternity".

To better understand what to expect from this event, we went to speak with Maria Gaglione, who is working within the EoC to complete the organization of Economy of Francesco.

1. Maria, first of all tell us something about yourself: where you come from, what you do and how you came to be part of the organizing committee of this very important event.

I state that I am not an economist or an entrepreneur, alas! I am 35 years old and I am from Marcianise, a town in the province of Caserta. In high school I loved biology, I was very fascinated by genetics. So at university I studied Biotechnology and I did a doctorate in Molecular Biotechnology. I worked a few years in a university research laboratory, dealing with chemical synthesis and gene silencing. Beautiful years, where I learned the value and rigor of studying, and the effort and joy of teamwork. For some years I have been on the path to becoming a teacher. At the moment I am a precarious substitute waiting for stabilization.

In the organizing committee of this event I arrived thanks to the Economy of Communion, an international project that brings together entrepreneurs, scholars, citizens, workers engaged at various levels to promote an economic practice and culture based on communion, gratuitousness and reciprocity. I learned about the Economy of Communion about two years ago, during a course in Biblical Economics on the book of Job at Polo Lionello Bonfanti (the first EoC pole in Italy located in Figline Incisa Valdarno-Fi). The EoC represented a decisive meeting for me, it opened me up to a new way of looking at economic relations, work, progress and the challenge of poverty and inequality. Since then I have introduced into the "lexicon" of my daily life words such as gift, gratuity, vocation and civil virtues, which perhaps had always been there, but I did not know it. They have become words that inspire my work, my commitments, my vocation (or at least I try!). In particular, the organizing committee for The Economy of Francesco will take care of the Scientific Secretariat of the event.

2. Could you briefly explain what to expect from this event, how are you trying to respond to the Pope's request?

The Economy of Francesco is an international meeting aimed at young economists, entrepreneurs and change-makers already engaged in thinking and practicing a different economy. With this prophetic and urgent invitation that came directly from Pope Francis, we want to start a process of global change with young people so that the economy of today and tomorrow is more just, inclusive and sustainable, without leaving anyone behind. And that's what we can expect! The event is organized by a Committee (made up of the Diocese of Assisi, the Municipality of Assisi, the Seraphic Institute of Assisi and the Economy of Communion) that works with a spirit of service to give concreteness and ensure operations for the preparation of such an initiative important. In particular, an international group of young economists, entrepreneurs, artists and communication experts is working on the program, together with the Scientific Committee coordinated by Professor Luigino Bruni. The organization of the event is also making use of numerous preparatory meetings to welcome requests and collaborations from academia and business, from movements, associations and international institutions who feel the desire to contribute to the preparation of the event.

Without revealing too much, The Economy of Francesco will be a meeting with a great protagonist of young people's thinking and practices on the front of the economy, ecology, development, poverty. Not a traditional congress, but a process that starts, at a slow pace, which allows you to think and wonder in the footsteps and places of San Francesco, what it means to build a new economy or who are marginalized today. Above all, it will be the moment when young people will make a solemn pact with Pope Francis, ensuring their commitment to change the economy. In particular, the days of the pre-event, 24 and 25 March, will see a program entirely dedicated to 500 young people from all over the world with thematic workshops, work sessions, artistic moments and personal insights into many significant places in the city of Assisi. A program that will continue in the days of the event, March 26-27, in which we hope to welcome all the young people who have responded to the Pope's call. Economists and entrepreneurs of international renown will accompany young people to live and build this experience, through interactive sessions and insights into stories, projects, meetings. On March 28 we wait for Pope Francis!

3. So far how many young people have responded, and how?

The response we received was extraordinary, both in terms of numbers reached and looking at the stories, motivations and expectations of the young people who wrote us. To date we have received 2,444 applications from young people under 35, in the fields of research, business and other change-makers: young people who, beyond the differences of belief and nationality, share an ideal of fraternity attentive especially to the poor, to the excluded, environment. They are young researchers, students, PhD students. Entrepreneurs and managers. Social innovators, operators of local and international organizations. They told us about the areas of commitment and study, the theoretical framework and methodologies of their research, the strategies and results of the activity and / or the company they founded or manage. They deal with the environment, natural resources, responsible consumption and lifestyles, production, innovation, work, finance, investment for development, poverty, equality and human dignity, education and new generations, artificial intelligence, new technologies. But above all, they declare themselves ready to commit their lives in a global, personal and collective Pact, to give a soul to tomorrow's economy. Tired of a system in which they do not recognize themselves, they are bearers of a courageous culture capable of building other ways of understanding the economy and progress. Eager to fight the culture of waste, to give voice to those who do not have it, to propose new lifestyles, they want to be part of a broad and decisive process of change. They also expect to experience this meeting as an opportunity for discussion and relationship with young people of different cultures, religions and backgrounds and hope to be able to share the experience of Assisi with the communities and countries from which they come.